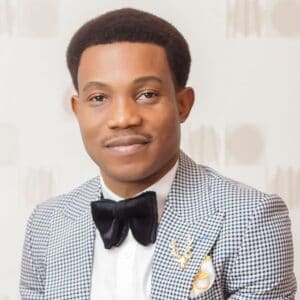 Topic: You Are More

Focus Scripture: “He said therefore, A certain nobleman went into a far country to receive for himself a kingdom, and to return.” (Luke 19:12)

The noble man that was mentioned in our Focal Scripture went to a far country in order to receive a kingdom for himself. He was not a king, he was just a noble man, he belonged to the nobility and aristocracy order of his days, and he soon graduated to becoming the owner of a kingdom. He had an identity of a noble man, but his reality was kingship and royalty. Who he had become was bigger than the name he was known with.

Friend, hear me as I hear the Lord: men may have known you as a mere noble, but you are becoming bigger and greater than their estimations. You are rising above the imaginations of men concerning you. You are rising above the perceptions of men concerning you. You are breaking out of the boundaries of your current realities. You are breaking forth on all sides. You are becoming more than you used to be in the eyes of men.

The noble man had a name for being noble, but his identity was soon overtaken by new and bigger attainments of kingdom possession. People who saw him as a noble before he went to a far country would not have realized that he had become the owner of territories. Hear me as I hear the Lord: those who knew you before now will be shocked by the new realms you are stepping into. Your advancement will exceed your name.

Don’t let your name limit you. Don’t allow your current identity to become your boundary. Don’t make the mistake of refusing to be more than men say you are. Even if you have already become noble, keep pushing until you possess your kingdoms, and even then, don’t stop. You were not raised by God to lead a limited life. You were not raised to be less when the gates are open for you to be more. You were not wired to be mediocre.

Welcome to your new season: your realities will soon outweigh your identity. You are breaking forth on all sides.

Isaiah 54:3 says: “For thou shalt break forth on the right hand and on the left; and thy seed shall inherit the Gentiles, and make the desolate cities to be inhabited.”

Declare With Me: I break out of the boundaries of my identity; I am more; I become more; I possess more, in Jesus’ name!

Spread the Gospel today. Share this Daily Devotional Message to your loved Ones, friends and families. Thank you and God bless you abundantly. Use the Share Button Below
Tags
Pastor Jerry Eze Streams of Joy