TEXT: Isaiah 36:11-22
11. Then said Eliakim and Shebna and Joah unto Rabshakeh, Speak, I pray thee, unto thy servants in the Syrian language; for we understand it; and speak not to us in the Jews’ language, in the ears of the people that are on the wall.

12. But Rabshakeh said, Hath my master sent me to thy master and to thee to speak these words? hath he not sent me to the men that sit upon the wall, that they may eat their own dung, and drink their own piss with you?

13. Then Rabshakeh stood, and cried with a loud voice in the Jews’ language, and said, Hear ye the words of the great king, the king of Assyria.

14. Thus saith the king, Let not Hezekiah deceive you; for he shall not be able to deliver you.

15. Neither let Hezekiah make you trust in the LORD, saying, The LORD will surely deliver us; this city shall not be delivered into the hand of the king of Assyria.

17. Until I come and take you away to a land like your own land, a land of corn and wine, a land of bread and vineyards.

18. Beware lest Hezekiah persuade you, saying, The LORD will deliver us. Hath any of the gods of the nations delivered his land out of the hand of the king of Assyria?

20. Who are they among all the gods of these lands, that have delivered their land out of my hand, that the LORD should deliver Jerusalem out of my hand?

21. But they held their peace, and answered him not a word; for the king’s commandment was, saying, Answer him not.

22. Then came Eliakim, the son of Hilkiah, that was over the household, and Shebna the scribe, and Joah, the son of Asaph, the recorder, to Hezekiah with their clothes rent, and told him the words of Rabshakeh.

KEY VERSE:
“Who are they among all the gods of these lands, that have delivered their land out of my hand, that the LORD should deliver Jerusalem out of my hand?” – (Isaiah 36:20)

DCLM Daily Manna 16th December 2020 MESSAGE:
Charles Spurgeon, in one of his exhortations, said: “Give a man wealth; let his ships bring home continually rich freights; let the winds and waves appear to be his servants to bear his vessels across the bosom of the mighty deep; let his lands yield abundantly; let the weather be propitious to his crops, and the skies smile pleasantly upon his enterprise… let uninterrupted success attend him; let him know no sickness; I say the consequence of such a state to a man, will be presumption; and he will say, ‘I stand in my prosperity… I shall never be moved.”

Rabshakeh, the emissary of Sennacherib king of Assyria boasted as if he had won the battle against Jerusalem already. While shouting his message across the walls of the city, he reproached the officers of Israel, the king as well as God before the ordinary people sitting upon the walls. He implored them to offer no resistance to the Assyrian army. This he said to show them the impossibility, as he supposed, of being delivered from the arm of the king of Assyria. He had conquered other nations; even the gods of the nations had been unable to rescue their lands from the Assyrians. He inferred, therefore, that the god of Palestine could not save their land; thus blasphemously setting the Lord God of Israel upon a level with the fictitious gods of the Gentiles.

If you are in such a state, beware! The Scripture says, “pride goeth before destruction, and an haughty spirit before a fall.” Learn from the eventual destruction of the Assyrian army and put your confidence only in God.

THOUGHT FOR THE DAY:
God always humiliates the proud.

THE BIBLE IN ONE YEAR:
Habakkuk 1-3

Spread the Gospel today. Share this Daily Devotional Message to your loved Ones, friends and families. Thank you and God bless you abundantly. Use the Share Button Below
Tags
DCLM Daily Manna Devotional

MFM Daily Devotional for 16th December 2020 - Strangers in the Temple

Streams in the Desert Devotional 16th December 2020 - Continue in Prayer 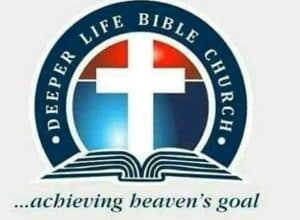