Read Previous Today in the Word

I consider that our present sufferings are not worth comparing with the glory that will be revealed in us. – Romans 8:18

536 A.D. might have been the worst year in world history. A volcanic eruption in Iceland spread ash across the northern hemisphere, leading to a dark fog that covered Europe, the Middle East, and parts of Asia for eighteen months. Temperatures fell so much that it snowed in China during the summer. Crops failed and people starved. Further eruptions and the bubonic plague piled disaster upon disaster.

For the Jews, 586 B.C. was the worst year in Israel’s history. Following two-and-a-half years of siege, Jerusalem fell to the Babylonian army (vv. 1–3). The city of David was conquered, her gates destroyed, her walls torn down. The Temple of Solomon, a symbol of God’s presence and favor, was burned to the ground. King Zedekiah tried to flee but was captured and forced to watch his sons killed before the enemy blinded him (vv. 4–7). The people of the city, excluding only the poorest, were taken into exile (vv. 8–10).

When the city fell, Jeremiah was still imprisoned in the courtyard of the guard. His prophecies were known to the Babylonians, perhaps through his letter to the first group of exiles (Jer. 29; see April 16). As a result, he was given freedom to go wherever he wished (vv. 11–14). He was put into the custody of Gedaliah, the imperial governor. Although apparently friendly to Jeremiah, he was soon assassinated (Jer. 41:1–3). The fall of Jerusalem is so significant it’s narrated four times: 2 Kings 25, 2 Chronicles 36, Jeremiah 39 and 52. As a prophet, Jeremiah was vindicated since his messages were fulfilled, but as a Jew, he was overcome with grief. Now you know why he is called “the weeping prophet.”

Jeremiah displayed uncompromising loyalty to the Lord. He obediently proclaimed God’s truth, even when the message was distressing and resulted in suffering. How about us? Are we committed to Christ no matter what?

Pray with Us
We are amazed by Jeremiah’s faithfulness to his thankless and heartbreaking role as a prophet. Lord, give us faithfulness like Jeremiah’s, so that we too will obey even when we have no hope of earthly rewards. 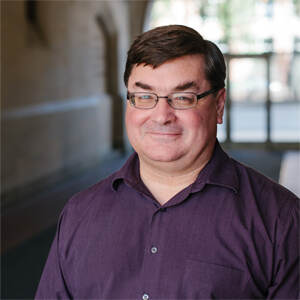 Dr. Bradley Baurain is Associate Professor and Program Head of TESOL (Teaching English to Speakers of Other Languages) at Moody Bible Institute. Bradley has the unique privilege of holding a degree from four different universities (including Moody). He has just published his first book, On Waiting Well. Bradley taught in China, Vietnam, the United States, and Canada. Bradley and his wife, Julia, have four children and reside in Northwest. Today in the Word 22 April 2022

Give hope, prayer, and encouragement below. Post a comment & talk about it below
Tags
Today in the Word