Topic: Slow, but Sure

Key Verse: Though it is the smallest of all seeds, yet when it grows, it is the largest of garden plants and becomes a tree. – Matthew 13:32

Today’s Insight: Matthew’s use of Old Testament prophecy is often intriguing, and that’s certainly the case in Matthew 13:35. After Jesus had told several parables, Matthew asserts that this type of teaching fulfills prophecy. The statement he cites, however, doesn’t come from one of the acknowledged prophets of Israel but from one of their psalmists—Asaph, the worship leader in Psalm 78:2. This might have surprised Jewish readers in the first century, but it shouldn’t be a surprise to us. In a sense, all of the Old Testament points to Jesus in one way or another. When walking with two disciples on the Emmaus Road on resurrection day, Jesus explained to them, beginning with Moses and all the Prophets, “what was said in all the Scriptures concerning himself” (Luke 24:27).

I ran into an old friend who told me what he’d been up to, but I confess it seemed too good to be true. Within a few months of that conversation, however, his band was everywhere—from charting top singles on the radio to having a hit song pulsing under TV ads. His rise to fame was meteoric.

We can be obsessed with significance and success—the big and the dramatic, the quick and the meteoric. But the parables of the mustard seed and yeast compare the way of the kingdom (God’s reign on earth) to small, hidden, and seemingly insignificant things whose work is slow and gradual.

The kingdom is like its King. Christ’s mission culminated in His life, like a seed, being buried in the ground; like yeast, being hidden in the dough. Yet He rose. Like a tree breaking through the dirt, like bread when the heat is turned up. Jesus rose.

We’re invited to live according to His way, the way that’s persisting and permeating. To resist the temptation to take matters into our own hands, to grasp for power and to justify our dealings in the world by the outcomes they may produce. The outcome—“a tree . . . that the birds come and perch in its branches” (v. 32) and the bread that provides a feast—will be Christ’s doing, not ours.

What small and seemingly insignificant things could you do to encourage or bless the people in your life? Where do you need to turn away from comparison with others or from a false picture of significance and success?

Dear Jesus, thank You for often working in small, hidden, and seemingly insignificant ways. Help me to trust You’re at work even when I can’t see You. Grant me the grace to remain faithful.

READ: Joel Osteen Devotional 15th October 2020 – How Badly Do You Want It 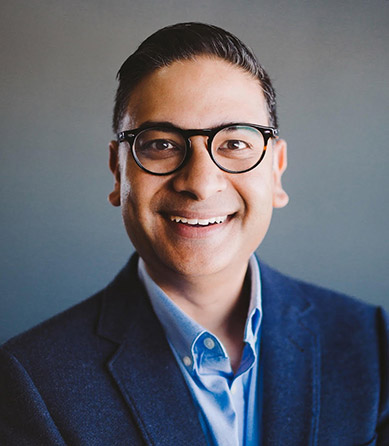 Glenn Packiam is the Associate Senior Pastor at New Life Church in Colorado Springs, Colorado, and the Lead Pastor of New Life Downtown, a congregation of New Life Church. He’s the author of Blessed Broken Given: How Your Story Becomes Sacred in the Hands of Jesus, Discover the Mystery of Faith, Butterfly in Brazil, Lucky: How the Kingdom Comes to Unlikely People, and Secondhand Jesus. Glenn was one of the founding leaders and songwriters for the Desperation Band and has written more than sixty-five worship songs published with Integrity Music, including “Your Name” and “My Savior Lives.” Glenn earned a Doctorate in Theology and Ministry from Durham University, and he’s a Visiting Fellow at St. John’s College at Durham.

Our Daily Bread Saturday 6th June 2020 – Found on the Edges

Our Daily Bread 9th June 2020 Devotional – Our Reason for Joy