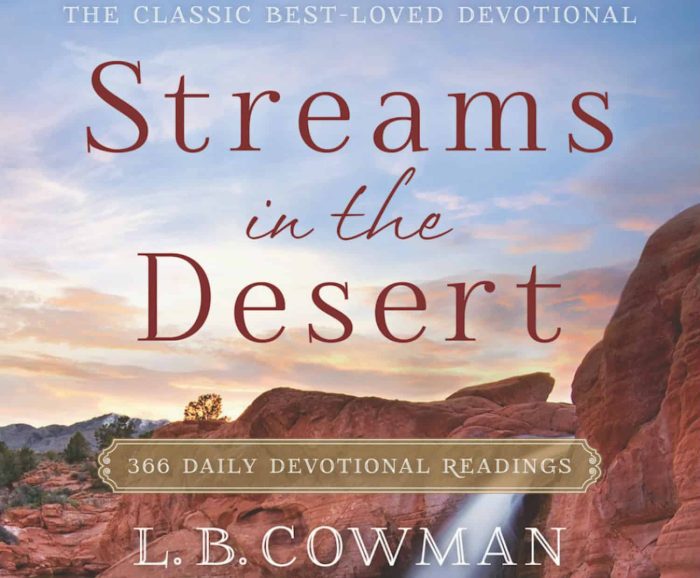 TOPIC: Cushion Of The Sea

And the peace of God, which transcends all our powers of thought, will be a garrison to guard your hearts and minds in Christ Jesus – Phil 4:7

There is what is called the “cushion of the sea.” Down beneath the surface that is agitated by storms, and driven about with winds, there is a part of the sea that is never stirred. When we dredge the bottom and bring up the remains of animal and vegetable life we find that they give evidence of not having been disturbed in the least, for hundreds and thousands of years. The peace of God is that eternal calm which, like the cushion of the sea, lies far too deep down to be reached by any external trouble and disturbance; and he who enters into the presence of God, becomes partaker of that undisturbed and undisturbable calm.—Dr. A. T. Pierson

When winds are raging o’er the upper ocean,
And billows wild contend with angry roar,
’Tis said, far down beneath the wild commotion,
That peaceful stillness reigneth evermore.

Far, far beneath, the noise of tempest dieth,
And silver waves chime ever peacefully,
And no rude storm, how fierce soe’er it flieth,
Disturbs the Sabbath of that deeper sea.

So to the heart that knows Thy love, O Purest,
There is a temple sacred evermore,
And all the babble of life’s angry voices
Dies in hushed silence at its peaceful door.

Far, far away, the roar of passion dieth,
And loving thoughts rise calm and peacefully,
And no rude storm, how fierce soe’er it flieth,
Disturbs the soul that dwells, O Lord, in Thee.
—Harriet Beecher Stowe

“The Pilgrim they laid in a large upper chamber, facing the sun-rising. The name of the chamber was Peace.” —Bunyan’s Pilgrim’s Progress

Thanks for reading Streams in the Desert Devotional 20th October 2020 by L.B Cowman