Today’s Insight: We can learn much about the resurrection of Jesus by piecing together the gospel accounts of the event. Prior to Christ’s appearing to Thomas in John 20:24–29, He appeared to Mary Magdalene and “the other Mary” (see Matthew 28:1), the two men on the road to Emmaus (Luke 24:13–32), and all of the disciples except for Thomas (John 20:19–24). Luke reports Jesus saying, “Touch me and see; a ghost does not have flesh and bones, as you see I have” (Luke 24:39). The disciples watched Him eat a piece of broiled fish. John 20:19 tells us “the doors [were] locked for fear of the Jewish leaders” and that “Jesus came and stood among them.” One week later, Thomas would see the physically resurrected Christ (vv. 26–27), resulting in Thomas’ convinced declaration of belief. Taken together, these passages show the human and divine nature of Jesus and affirm the fact of His bodily resurrection.

To learn more about the historical evidence for Jesus’ resurrection, visit christianuniversity.org/ca206.

After my conversation with Grady, it occurred to me why his preferred greeting was a “fist bump” not a handshake. A handshake would’ve exposed the scars on his wrist—the result of his attempts to do himself harm. It’s not uncommon for us to hide our wounds—external or internal—caused by others or self-inflicted.

In the wake of my interaction with Grady, I thought about Jesus’ physical scars, the wounds caused by nails pounded into His hands and feet and a spear thrust into His side. Rather than hiding His scars, Christ called attention to them.

After Thomas initially doubted that Jesus had risen from the dead, He said to him, “Put your finger here; see my hands. Reach out your hand and put it into my side. Stop doubting and believe” (John 20:27). When Thomas saw those scars for himself and heard Christ’s amazing words, he was convinced that it was Jesus. He exclaimed in belief, “My Lord and my God!” (v. 28). Jesus then pronounced a special blessing for those who haven’t seen Him or His physical wounds but still believe in Him: “Blessed are those who have not seen and yet have believed” (v. 29).

The best news ever is that His scars were for our sins—our sins against others or ourselves. The death of Jesus is for the forgiveness of the sins of all who believe in Him and confess with Thomas, “My Lord and my God!”

Reflect & Pray
What circumstances led you to believe that Jesus’ scars were for you? If you haven’t believed in Him for the forgiveness of your sins, what keeps you from trusting Him today?

Father, I believe that Christ’s scars were for my sin. I’m grateful!

Our Daily Bread 24 July 2020 Devotional – His Scars was written By: Arthur Jackson 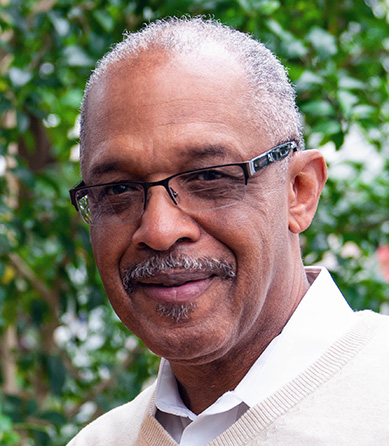 In the fall of 2016, after twenty-eight years of pastoral ministry in the Chicago area, Arthur and his wife, Shirley, relocated to Kansas City, Kansas, where Arthur was born and raised. In addition to being a contributor to Our Daily Bread, Arthur serves as the Midwest region urban director for PastorServe (a ministry that cares for pastors) and as a director for Neopolis Network (a global church-planting ministry based in Chicago).