TOPIC: You Have An Inheritance

TEXT: Joshua 19:10-16
10. And the third lot came up for the children of Zebulun according to their families; and the border of their inheritance was unto Sarid;

12. And turned from Sarid eastward toward the sunrising unto the border of Chislothtabor, and then goeth out to Daberath, and goeth up to Japhia,

13. And from thence passeth on along on the east to Gittahhepher, to Ittahkazin, and goeth out to Remmonmethoar to Neah;

14. And the border compasseth it on the north side to Hannathon; and the outgoings thereof are in the valley of Jiphthahel;

15. And Kattath, and Nahallal, and Shimron, and Idalah, and Bethlehem; twelve cities with their villages.

16. This is the inheritance of the children of Zebulun according to their families, these cities with their villages.

KEY VERSE:
“This is the inheritance of the children of Zebulun according to their families, these cities with their villages.” – (Joshua 19:16)

In the United States, a Michigan factory worker, earning less than ten thousand dollars a year was an unknown heir to a billionaire. When located by an investigator some years after his benefactor’s death, the worker explained that he had neither returned home nor kept in touch with his family for 24 years. The investigator who located him found out that there was about 40 billion dollars lying unclaimed as his inheritance.

Our passage today highlights the inheritance of the children of Zebulun. The verses particularly spell out the borders of their territories and clearly demarcating it from others. The border of their territories from Sarid went up toward the sea. It passed through several cities and villages before reaching down to Bethlehem. In all, twelve cities with their villages were allotted to the tribe of Zebulun, Jacob’s tenth child and Leah’s last born. That their father was the last born did not deprive them of their inheritance in the Promised Land. Their territories were clearly mapped out with the borders expressly stated.

In the same way, as believers, our inheritance is the sum total of all that the Lord has promised us. Besides, He has gone to prepare a place for us. He said, “I will come again, and receive you unto myself; that where I am, there ye may be also”. We have been redeemed from the works of darkness and the old life of sin, and are set apart unto God and must, therefore, possess our possession in Him. To claim our inheritance, we must live a holy and righteous life.

Scriptural boundaries must not be trespassed in the course of our daily living. Our actions and reactions, from time to time, must be based on scriptural premises. We must remain grateful to God for giving us an inheritance and make sure we get the best of its available blessings.

THOUGHT FOR THE DAY:
Know your heritage and make the best of it.

DCLM Daily Manna 13 July 2020 Devotional was written by Pastor William Folorunso Kumuyi; is the founder and General Superintendent of the Deeper Life Bible Church situated at KM 42 on the busy Lagos-Ibadan Expressway, Nigeria 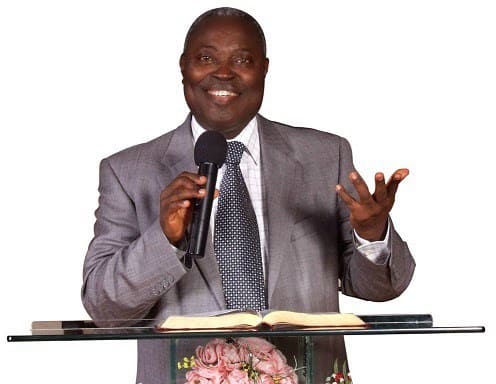