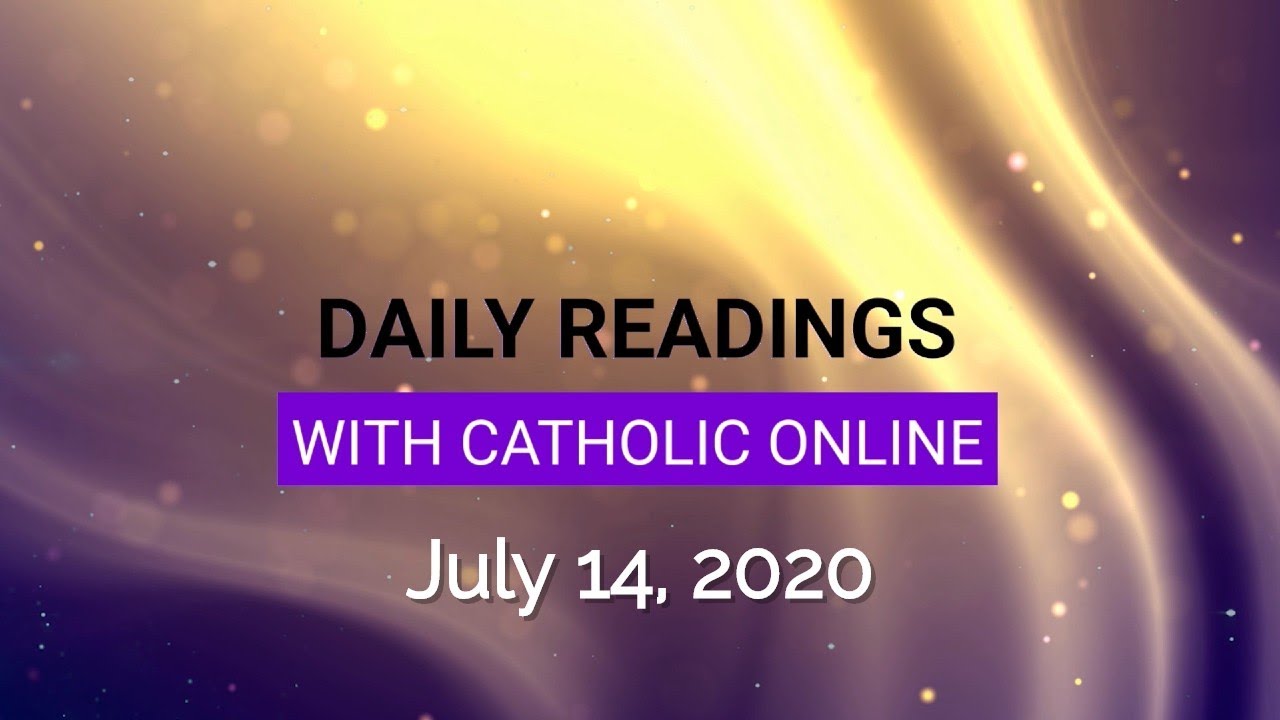 Reading 1, Isaiah 7:1-9
1 In the reign of Ahaz son of Jotham, son of Uzziah king of Judah, Razon king of Aram advanced on Jerusalem with Pekah son of Remaliah king of Israel, to attack it; but he was unable to attack it.

2 The House of David was informed: ‘Aram has halted in Ephraimite territory.’ At this, his heart and his people’s hearts shook like forest trees shaking in the wind.

3 Yahweh then said to Isaiah, ‘Go out with your son Shear-Jashub, and meet Ahaz at the end of the conduit of the upper pool, on the road to the Fuller’s Field,

4 and say to him, “Pay attention and keep calm. Do not be frightened or demoralised by these two smouldering sticks of firewood, by the fierce anger of Razon, Aram and the son of Remaliah,

5 or because Aram, Ephraim and the son of Remaliah have been plotting against you and saying:

6 Let us mount an attack on Judah, destroy it, force it onto our side and install the son of Tabeel there as king.

7 “Lord Yahweh says this: This will not happen, it will never occur,

8 for the head of Aram is Damascus, and the head of Damascus is Razon; another sixty-five years, and Ephraim will cease to be a people.

3 God himself among its palaces has proved himself its bulwark.

4 For look, kings made alliance, together they advanced;

5 without a second glance, when they saw, they panicked and fled away.

6 Trembling seized them on the spot, pains like those of a woman in labour;

7 it was the east wind, that wrecker of ships from Tarshish.

Gospel, Matthew 11:20-24
20 Then he began to reproach the towns in which most of his miracles had been worked, because they refused to repent.

21 ‘Alas for you, Chorazin! Alas for you, Bethsaida! For if the miracles done in you had been done in Tyre and Sidon, they would have repented long ago in sackcloth and ashes.

22 Still, I tell you that it will be more bearable for Tyre and Sidon on Judgement Day than for you.

23 And as for you, Capernaum, did you want to be raised as high as heaven? You shall be flung down to hell. For if the miracles done in you had been done in Sodom, it would have been standing yet.

24 Still, I tell you that it will be more bearable for Sodom on Judgement Day than for you.’

Seeds of Destiny 14 July 2020 - A Lifting Up Through Uprightness