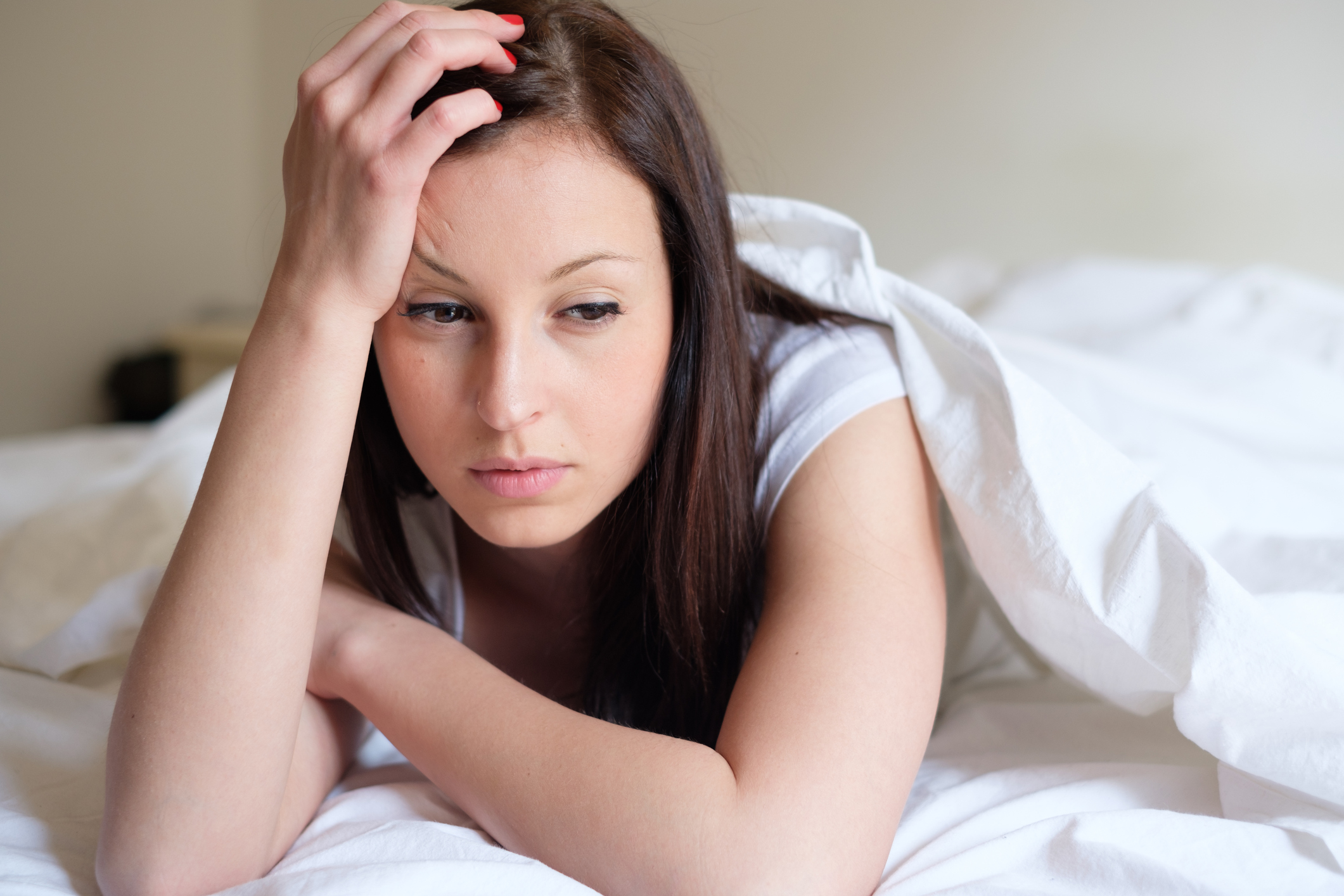 10 Lies the World Tells Your Teen about Sex

Her mind raced, somewhere lost in the tragic words that tumbled from her daughter’s voice. The truth spilled out. Tears flowed, hearts broken, spirits grieved. She wanted to make it all OK. Guilt plagued her every thought. She longed to turn back time for another chance at doing things right.

Living under the weight of the “should have’s” is a heavy burden to carry. The enemy’s voice whispers condemnation, shame, and guilt deep down to hurting souls, reminding that the line had been crossed. Defeated thoughts wrap like chains around the future. Bright tomorrows now darkened by the reality of all that was lost, colors of gray casting bleak shadows.

This wasn’t how it was supposed to be. Out of control. Off balance. Pressured and stressed. Where was truth in it all? Where was God?

This story happens all too frequently in many homes today. Raising kids in a world saturated with sex and technology demands more attention than ever from parents. Hard reality hits square in the face when presented with unsuspecting information. Pornography found on a phone. Lewd pictures. Suggestive texts. Premarital sex. Teen pregnancy.

In a world that says sex before marriage is “normal and expected,” anything else is seen as ancient and rather archaic thinking. “Did God really say….?” the voices of our culture ask, lured by the same similar voice that confronted Eve in the garden that one fateful day. “Surely he did not mean…” Doubts rise, we try to rationalize behavior and choices to fit into a neat box of acceptance and updated thinking.

As parents, we can’t be too busy to listen. We can’t just assume kids are safe. We can’t shy away from difficult topics because we’re unsure of what to say. But here’s what we can do. We can make the choice to stay aware and keep doors of communication open and honest. We can equip our young people with truth, not just what we think, but what God says about it all. We can empower them to know it’s OK to say “no,” in a world that presses them to say “yes.”

Whether or not we decide to talk openly and honestly with our kids, our culture most assuredly will. It’s been talking, already, straight to hearts and minds, for a very long time. And it has quite a lot to say – about sex.

The good news is this, we’re not alone. God has a lot to say about sex too. After all, he created it. And it seems to me that the soundest of wisdom would come straight from the One who thought it all up.

10 Lies the World Tells Us about Sex – and the Truth of What God Says:

2. “We’re planning to get married anyway. We’ll be better prepared if we go ahead and start acting like we’re married.” Lie. The truth is you do not need to “practice” being married or practice having sex. God’s boundary for sex is reserved for marriage (Hebrews 13:4).

4. “We’re both consenting adults, it’s not hurting anyone.” Lie. The truth is, it’s hurting you, and anyone else involved (Hebrews 12:1).

5. “We all have sin issues. Sex is just the same as any other sin.” Lie. Though it’s true, we do all struggle with sin, his Word also says that sex outside of God’s design is different than all other sins, because you are sinning against your own body. God will forgive any sin, no matter what we’ve done. But sexual sin affects us deeply and there are great consequences involved that we may have to live with (1 Corinthians 6:18, 1 Thessalonians 4:3-7).

6. “You might as well get your teens on birth control, they’re going to have sex anyway.” Lie. The truth is not all young people are having sex before marriage. Many are choosing to wait. But the mindset of the world will make you think you’re the odd one out. Providing birth control and condoms to your teen is like giving them a free pass to engage in sex, sending mixed messages and creating confusion over what is really right or wrong. It may prevent some things from physically happening, like a pregnancy or STD, but it is never going to protect one’s spiritual and emotional needs from harm (Romans 6:1-2).

7. “Everybody else is doing it. And they’re all having a great time.” Lie. Really? Truth digs deeper than the latest Hollywood flick. Have you looked into the darkness of the moments that linger after sex? The morning after? The guilt that plagues? The feelings of distrust, betrayal, shame, or rejection? Have you followed a soul through the anxiety of wondering if she is pregnant? Or into the clinic with the one that needs to be treated for a STD? Is it all really as great as the world seems to scream? (Romans 8:1-2, 9).

8. “It’s too late for me anyway. I might as well keep on having sex, since I’ve already said yes once.” Lie. The truth says that God forgives our wrong, restores, and redeems our lives. It is never too late to start over. Ever. Just because you’ve said “yes” before, does not mean you can’t begin now to say “no” (1 John 1:9).

9. “God just doesn’t want me to have any fun in life.” Lie. The truth says he desires that we live incredible, free, full lives. He’s not out to ruin fun. He’s not an old fashioned God who just doesn’t “get” today. He knows you. He created you. And he is out to set you free and longs to give you the best life possible. There is safety in boundaries. There is security in his protection (John 10:10).

10. “You can do everything else, as long as you refrain from actual sex.” Lie. Truth says “flee” from sexual immorality. That covers it all. Because God knows how difficult this temptation can be, it’s the one area that he doesn’t say to stand and fight. Nor does he say, “Go as close to the line as you can, but don’t cross it” – he tells us to run from it. All of it (1 Corinthians 6:16-20; 1 Corinthians 10:13)

Sometimes it seems easier to just “fit in” with the norm. But following the mindset of popular culture will often leave you feeling betrayed, misguided, and take you down a spiraling path that you never intended to go.

It really comes down to this question. Who will we choose to listen to? Who will our kids listen to?

The latest trends and media messages? Or the Truth that sets us free?

The Bible isn’t based on changing trends. It doesn’t shift with the latest hot topics. It isn’t an old fashioned book with no significance for today. It doesn’t speak with shades of gray but with clarity and wisdom. It is living and active, relevant for our culture, for this technology driven, sex saturated world.

Because the truth is this, God never changes. He is the same yesterday, today, and forever.

There is power in the One who breathes new life. Who gives hope. Forgiveness. Courage. To live differently. And set apart.

Sex is a gift. And the best gifts in life often come with the greatest cautions. Enjoying this gift within the boundaries of marriage, the way that God intends, is worth the wait. Always.

And that is the truth.

Make sure to tell your kids.

Debbie McDaniel is a pastor’s wife, mom to three amazing kids and a few too many pets, dramatist and writer. She has a heart to communicate God’s hope though the everyday moments of life – the good, the bad, the ugly, and the ones that take your breath away.  A lover of every sunrise, forever needy of His grace, this Texas girl finds joy in the simple gift of each new day. Debbie invites you to join her at www.freshdayahead.com, and Facebook and Twitter.

10 Lies the World Tells Your Teen about Sex

7 Signs Satan Is Messing with Your Mindset

Proves That Shows God Is Not Racist

12 Prophecies That Will Be Fulfilled before Christ’s Coming