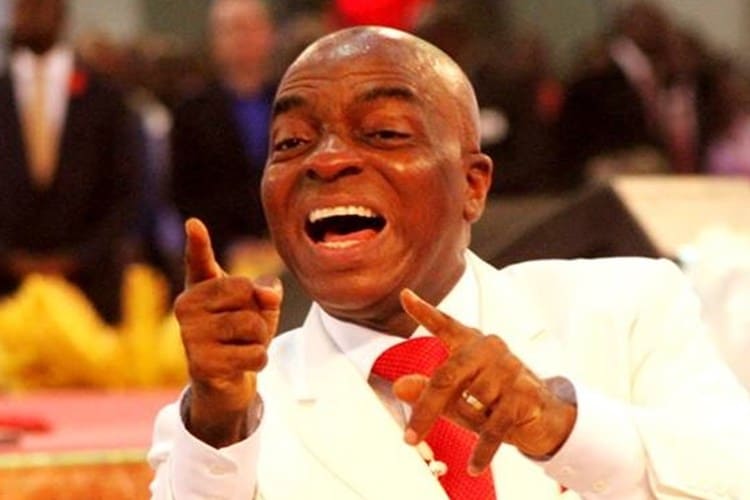 Unlocking the Supernatural via the Prophetic By Bishop David Oyedepo

Topic: Unlocking the Supernatural via the Prophetic!

Welcome to another impactful week. I hope you were blessed by last week teaching. Today, we shall focus on: Unlocking the Supernatural via the Prophetic!

From scriptures, we understand that ‘Thus saith the Lord’ is the Grand Commander of the supernatural. For it is written, The LORD of hosts hath sworn, saying, Surely as I have thought, so shall it come to pass; and as I have purposed, so shall it stand (Isaiah 14:24). This is because every Word from God is a sworn verdict already settled in heaven and cannot be altered. Thus, we must recognise that God is not in the class of men and as such, He speaks according to Himself not according to us. He speaks according to His greatness, not our smallness. Also, He speaks according to His abilities, not our inabilities. Besides, He does not look for solutions, He creates them. In other words, God creates whatever He says. It is written, …The earth was without form, and void; and darkness was upon the face of the deep. And the Spirit of God moved upon the face of the waters. And God said, Let there be light: and there was light. And God saw every thing that he had made, and, behold, it was very good… (Genesis 1:2-3, 31).

Interestingly, Prophets are God’s spokesmen through whom God unfolds what He wants to do. Thus, when we believe what they say, we simply commit God to perform it in our lives. For instance, the Bible records that through the ministry of Moses, the Lord brought Israel out of Egypt into a land flowing with milk and Honey. Furthermore, Elijah brought supernatural prosperity and divine supplies to the widow of Zarephath.

As a result, she flourished in the midst of famine, while others were famished. Another prophet named Elisha changed the financial fortune of the widow of a prophet, whose creditors came to take away her two sons. In addition, God also sent Elisha to Naaman and he was cleansed of his leprosy (1 Kings 7:8-16; 2 Kings 4:1-10, 5:1-15). In another instance, God spoke to me that the Faith Tabernacle shall be dedicated within a year. Obviously, it was humanly impossible but God’s power built it debt-free.

But, who are Prophets?

From scriptures, we understand that:

1. They are Agents of Restoration: As it is written, And the LORD gave the people favour in the sight of the Egyptians, so that they lent unto them such things as they required. And they spoiled the Egyptians (Exodus 12:36). As we all know, Israel laboured for 430 years without wages, but through the ministry of Moses the prophet, their dignity was restored (Hosea 12:13).

2. They are Agents of Breakthroughs: As breakthrough agents, prophets are barrier breakers. Remember, in Ezra 4:23-24, 5:1-2, the work of the house of the Lord was made to cease by force; but through the intervention of a prophet, the barriers were broken.

3. They are Agents of Rescue after the Order of Moses: Through the ministry of Moses, God rescued Israel out of Egypt. God said to him, Come now, therefore, and I will send thee unto Pharaoh, that thou mayest bring forth my people the children of Israel out of Egypt (Exodus 3:10). The landmark role of Moses in the liberation of the Israelites underscores the reality of prophets as God-sent agents of rescue for His people.

4. They are Agents of Prosperity: As it is written, And they rose early in the morning, and went forth into the wilderness of Tekoa: and as they went forth, Jehoshaphat stood and said, Hear me, O Judah, and ye inhabitants of Jerusalem; Believe in the Lord your God, so shall ye be established; believe his prophets, so shall ye prosper (2 Chronicles 20:20). ‘Prosper’ in the above scripture connotes abundance, prosperity or supernatural supply. We must understand that prosperity is one of the ministries of every God-ordained prophet. This is why the Bible admonishes us to believe them so as to prosper.

6. They are Custodians of Visions: Prophets are vision carriers through whom God’s agenda is unveiled from time to time. As it is written, I have also spoken by the prophets, and I have multiplied visions, and used similitudes, by the ministry of the prophets (Hosea 12:10).

In summary, there is no doubt that prophets are agents of change through whom God opens new chapters in the lives of His people. Hence, we must recognise that God is committed when He speaks and everything He has spoken prophetically to us this month is already created.

All we need to do is to take delivery of them by believing unreservedly, unrepentantly and unashamedly to commit Him to perform them through His prophets. Nevertheless, you must be born again in order for prophetic utterances to become a reality in your life.