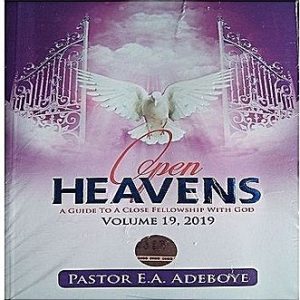 Memorise: “The same came therefore to Philip, which was of Bethsaida of Galilee, and desired him, saying, Sir, we would see Jesus.” – John 12:21

15 Fear not, daughter of Sion: behold, thy King cometh, sitting on an ass’s colt.

16 These things understood not his disciples at the first: but when Jesus was glorified, then remembered they that these things were written of him, and that they had done these things unto him.

17 The people therefore that was with him when he called Lazarus out of his grave, and raised him from the dead, bare record.

18 For this cause the people also met him, for that they heard that he had done this miracle.

19 The Pharisees therefore said among themselves, Perceive ye how ye prevail nothing? behold, the world is gone after him.

20 And there were certain Greeks among them that came up to worship at the feast:

21 The same came therefore to Philip, which was of Bethsaida of Galilee, and desired him, saying, Sir, we would see Jesus.

23 And Jesus answered them, saying, The hour is come, that the Son of man should be glorified.

Philip’s action following the request of the Greeks who wanted to see Jesus brings to mind the general restrictive attitude of the disciples whenever anyone sought to have audience with the Lord. The very ones who were supposed to make Jesus accessible to everyone did their best at different times to keep people away from him. They forbade children from coming close to Him in Luke 18:15, tried to send the hungry crowd away in Luke 9:12, and in Matthew 15:23,they told Jesus to chase away the Syro-Phoenician woman who came to get help for her daughter. Two of His disciple, James and John, even tried to call down fire on those who hindered their way (Luke 9:54).

Why were the disciples so protective of Jesus, to the point of being hostile to some of those who wanted to have access to Him? They were obviously very protective of Jesus, probably thinking He was too busy to be disturbed with what they considered to be petty issues. I may not have the exact answer to this question but can authoritatively tell you one thing: whatever you do, don’t let any “disciple” keep you away from Jesus! Don’t allow anyone prevent you from getting your miracle. Every disciple of Jesus Christ should consciously avoid speech or action that could keep anyone away from Him.

After Jesus raised Lazarus from the dead, His acceptance and popularity among the people seemed reached its peak, resulting in His triumphant entry into Jerusalem. This also caused the plot to murder Him by the Jewish religious leaders to reach the climax. It is against this background that the Greeks who sort Jesus visited Jerusalem for the imminent Passover feast.

They must have witnessed Christ’s triumphant entry into Jerusalem, and would have heard that He was the promised Messiah from the tribe of Judah. They would also have heard the rumors making the round that He was to take possession of David’s throne and reign as king of the Jews. The expectation at that time was that something of great importance, not only to the Jewish nation, but to the whole world, was about to take place and they were right. At that time Christ knew He was approaching the consummation of His ministry here on earth.

Therefore, when He heard the eager cry of the Greeks saying to Philip, “Sir, we would see Jesus,” He immediately knew in His spirit that the time had come for Him to be glorified through His death and His resurrection. Their enquiry confirmed to Him that His sacrificial offering would bring all those who believe in Him all over the world into perfect harmony with God.

God’s Kingdom was about to be perfected and extended throughout the whole earth. The desire of these Greeks therefore prompted the commencement of His voluntary self-sacrifice (John 12:27). I pray that your efforts to see Jesus will yield positive results beginning from today in Jesus’ Name.

Father, please don’t let my speech or action keep anyone away from You, in Jesus’ Name.

1 While passing thro’ this world of sin,
and others your life shall view,
Be clean and pure without, within;
Let others see Jesus in you.

2 Your life’s a book before their eyes,
They’re reading it thro’ and thro’
Say, does it point them to the skis,
Do others see Jesus in you?

3 Then live for Christ both day and night,
Be faithful, be brave and true,
and lead the lost to life and Christ.
Let others see Jesus in you.

Open Heaven 14 August 2019 Wednesday Daily Devotional guide was written by Pastor E.A. Adeboye, the General Overseer of the Redeemed Christian Church of God, one of the largest evangelical church in the world and also the President of Christ the Redeemer’s Ministries.

Open Heaven 30 December 2019 by Pastor E.A Adeboye TOPIC: Be Watchful! MEMORISE: “Be sober, be vigilant; because your adversary...