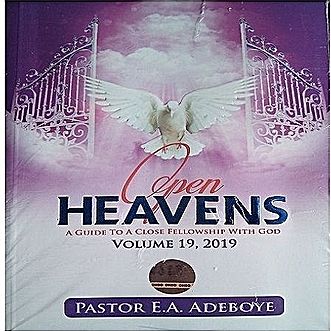 20 And they rose early in the morning, and went forth into the wilderness of Tekoa: and as they went forth, Jehoshaphat stood and said, Hear me, O Judah, and ye inhabitants of Jerusalem; Believe in the LORD your God, so shall ye be established; believe his prophets, so shall ye prosper.

21 And when he had consulted with the people, he appointed singers unto the LORD, and that should praise the beauty of holiness, as they went out before the army, and to say, Praise the LORD; for his mercy endureth for ever.

22 And when they began to sing and to praise, the LORD set ambushments against the children of Ammon, Moab, and mount Seir, which were come against Judah; and they were smitten.

24 And when Judah came toward the watch tower in the wilderness, they looked unto the multitude, and, behold, they were dead bodies fallen to the earth, and none escaped.

25 And when Jehoshaphat and his people came to take away the spoil of them, they found among them in abundance both riches with the dead bodies, and precious jewels, which they stripped off for themselves, more than they could carry away: and they were three days in gathering of the spoil, it was so much.

27 Then they returned, every man of Judah and Jerusalem, and Jehoshaphat in the forefront of them, to go again to Jerusalem with joy; for the LORD had made them to rejoice over their enemies.

28 And they came to Jerusalem with psalteries and harps and trumpets unto the house of the LORD.

29 And the fear of God was on all the kingdoms of those countries, when they had heard that the LORD fought against the enemies of Israel.

30 So the realm of Jehoshaphat was quiet: for his God gave him rest round about.

Open Heaven 13th June 2019 Message:
Prophecy is basically the revelation of God’s plans and purposes through inspired and Spirit-filled human beings. It could also mean a message from God about what will happen in the future. Prophesies are of divine origin and always speak authoritatively on things to come. Since the All-knowing God determine future events, He can choose to reveal what will happen in the future to His children beforehand.

Prophecy is quite different from predictions or forecasts. While predictions and forecasts may change if the variables used in deriving them changes, prophesies on the order hand are messages from God concerning things which are bound to happen. (Isaiah 55:10-11).

A critical examination of Bible prophecies reveals a systematic fulfilment of what they say, except for a few that remain to be fulfilled in the future. Examples of Bible prophesies that have come to pass include Israel’s captivity in Egypt for 400 years in Genesis 15:13, the birth of King Josiah 300 years after it was prophesied in 1 Kings 13:2, the rise of the Roman and Greek empires prophesied in great details in Daniel 11, the arrival of John the Baptist as the forerunner of Jesus Christ spoken of in Isaiah 40:3, the birth of Jesus the Messiah revealed in Isaiah 9:6-7, and the destruction of the temple soon after the death of Jesus in AD 70, which was prophesied in Matthew 24:2.

Prophecy is a wonderful gift of God that is highly desirable for guiding and edifying the Body of Christ. However, it is fast becoming despised and abused ministry for reasons which include people’s unwillingness to hear the truth, increased knowledge and enlightenment, and the proliferation of fake prophets and prophecies. God’s prophets today are being scorned as fanatics and alarmist for telling the truth and calling the world to repentance.

Due to breakthrough in science and technology, people now despise anything that appears inexplicable or intangible. Fake prophets and fake prophecies have also done much damage to the ministry of prophecy by sowing doubts in people’s minds. The combination of these factors seems to be casting a shadow on the ministry of prophecy. However, because prophesy is part of Christ’s gifts to the Church, we must value it and pray for the immediate fulfilment of God’s promise to pour out His Spirit of prophecy upon us in Joel 2:28.

“And it shall come to pass afterward, that I will pour out my spirit upon all flesh; and your sons and your daughters shall prophesy, your old men shall dream dreams, your young men shall see visions:” – Joel 2:28 Open Heaven 13th June 2019 – Prophecy: Despised & Abused

Open Heaven 13 June 2019 Prayer Point:
Father, please disgrace and expose all fake prophets for what they are, and speedily fulfil Your promise in Joel 2:28 in Jesus’ Name.

2 When darkness seems to veil His face,
I rest on His unchanging grace;
In every high and stormy gale
My anchor holds within the veil.

3 His oath His covenant and blood
Support me in the ‘whelming flood:
When all around my soul gives way,
He then is all my hope and stay.

4 When the last trumpet’s voice shall sound,
O may I then in him be found.
Clothed in his righteousness alone,
Faultless to stand before his throne.

Open Heaven 13th June 2019 Daily Devotional guide was written by Pastor E.A. Adeboye, the General Overseer of the Redeemed Christian Church of God, one of the largest evangelical church in the world and also the President of Christ the Redeemer’s Ministries.